Ashley Chesters, stranded in South Africa, is fighting to get home in time for his wedding


Video shared to social media about four hours before Las Vegas Raiders wide receiver Henry Ruggs III is accused of drunkenly slamming his Corvette into a woman’s SUV, causing her to burn alive, shows the NFL star enjoying a night on the town.

Ruggs, 22, is shown taking swings at TopGolf in Las Vegas while his girlfriend, Rudy Washington, records him. Washington is seated at a table with another man.

There are several empty glasses seen on the table.

Washington is heard talking and laughing as her boyfriend takes a swing.

‘What you laughing for?’ Washington says to their guest, before directing her comments to Ruggs.

‘You be under pressure when you on camera,’ she continued. ‘That’s what it is.’

The group, including Ruggs, does not appear to be intoxicated at this time.

SCROLL DOWN FOR VIDEO

Ex-Raider Henry Ruggs, 22, is seen partying at a golf range (pictured) four hours before ‘driving drunk at 156MPH’ and crashing his Corvette into car and killing woman 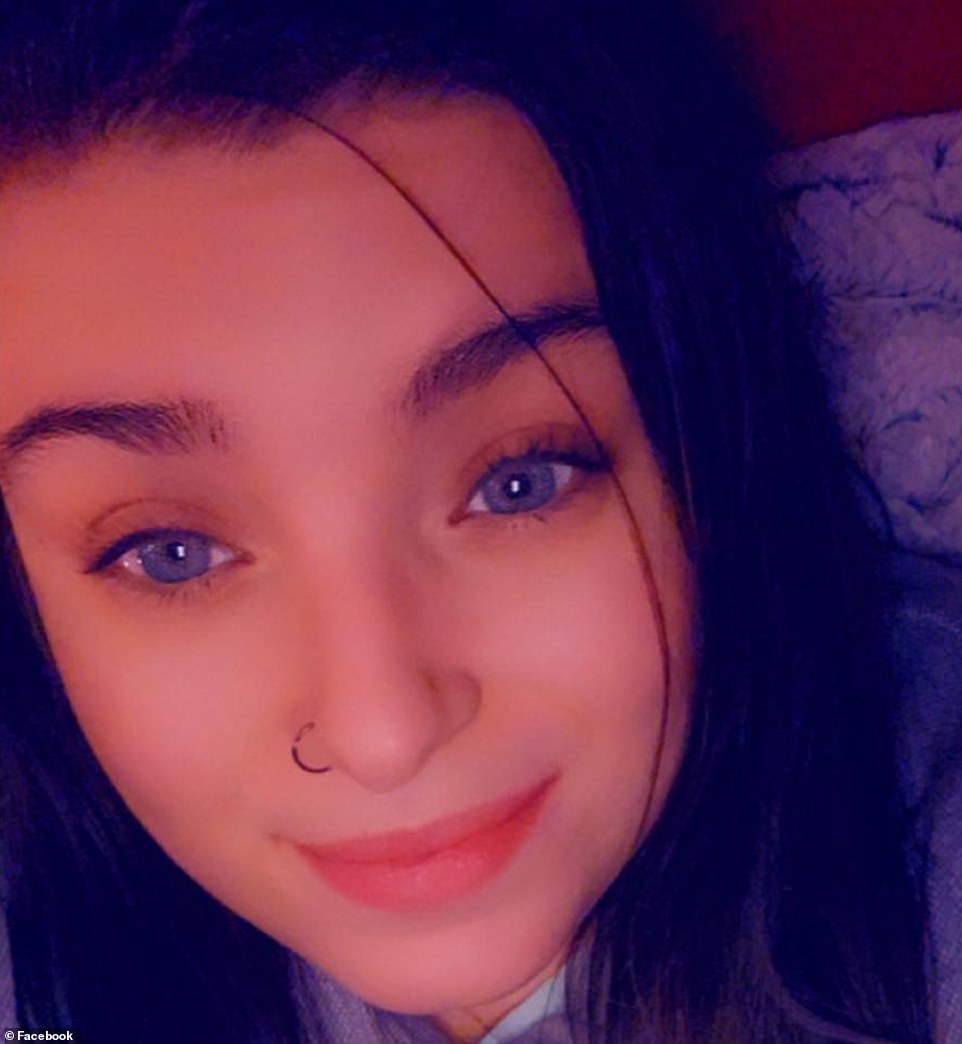 The victim, Tina Tintor (pictured) was trapped in her car after Ruggs allegedly struck it. Witnesses say she was still alive and screaming 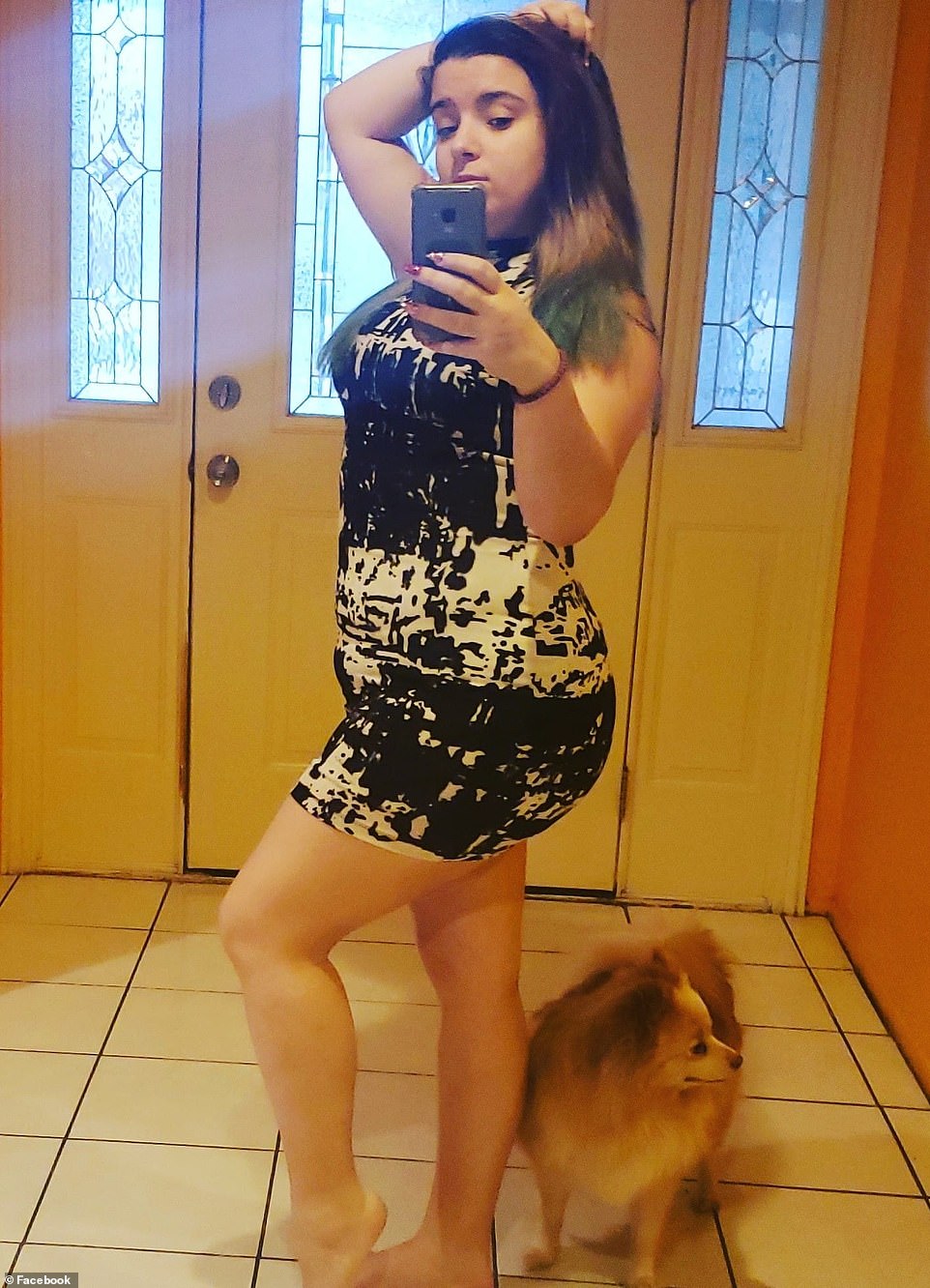 Tintor and her dog, who was in the backseat, both died

However, later – around 3am Tuesday morning – Ruggs slammed his car into 23-year-old Tina Tintor’s Toyota Rav 4 at 127mph, slowing down from his original speed of 156mph.

Police say the SUV flew more than 570 feet before coming to a stop and bursting into flames.

Several bystanders rushed over to help Tintor, including Alexander Hart, a security guard for a condominium complex near the scene of the accident, according to a police report obtained by the Las Vegas Review-Journal.

Police did not immediately respond to DailyMail.com’s request for the report.

Hart heard the crash and jumped into his security vehicle to rush to the scene, according to the report.

As Hart told police, Tintor was still alive and screaming, but he couldn’t pull her out because she was pinned inside the vehicle, which ‘was soon overcome with smoke and heat from flames.’

Hart said he saw Ruggs hanging from the driver’s side door of his vehicle with his feet on the floor board and ‘his body on the road.’

Tintor and her dog, who was in the backseat, both died.

Ruggs’ car traveled nearly 520 feet before it stopped near a block wall separating the road from a Las Vegas neighborhood.

Both the NFL star and his girlfriend suffered serious injuries during the crash. 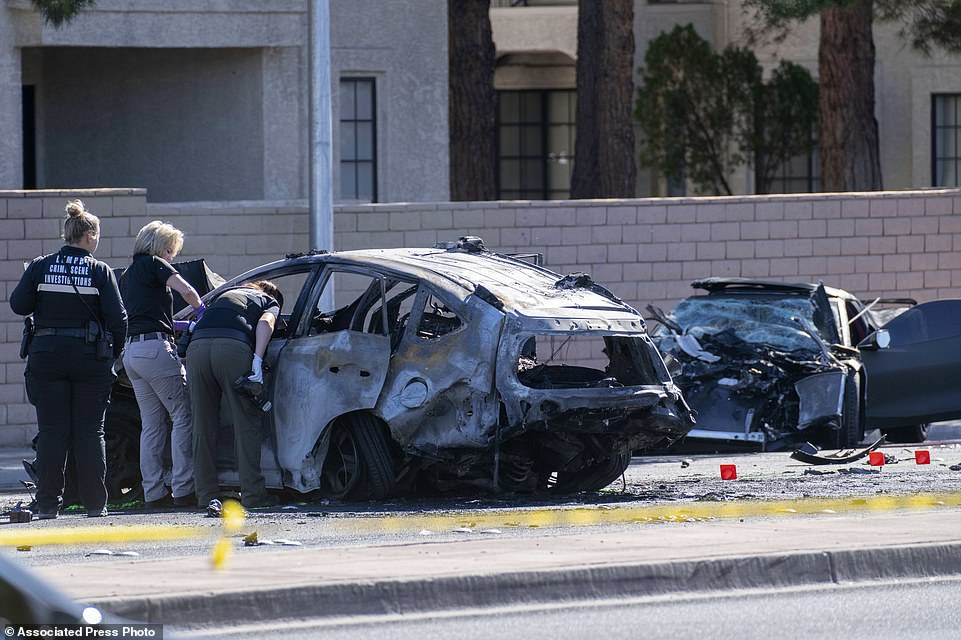 Cops said Ruggs was driving his Corvette at 156mph before colliding with the victim’s Toyota RAV4 at 127mph at 3:40am on Tuesday in Las Vegas. The Toyota burst into flames and the driver and her dog died 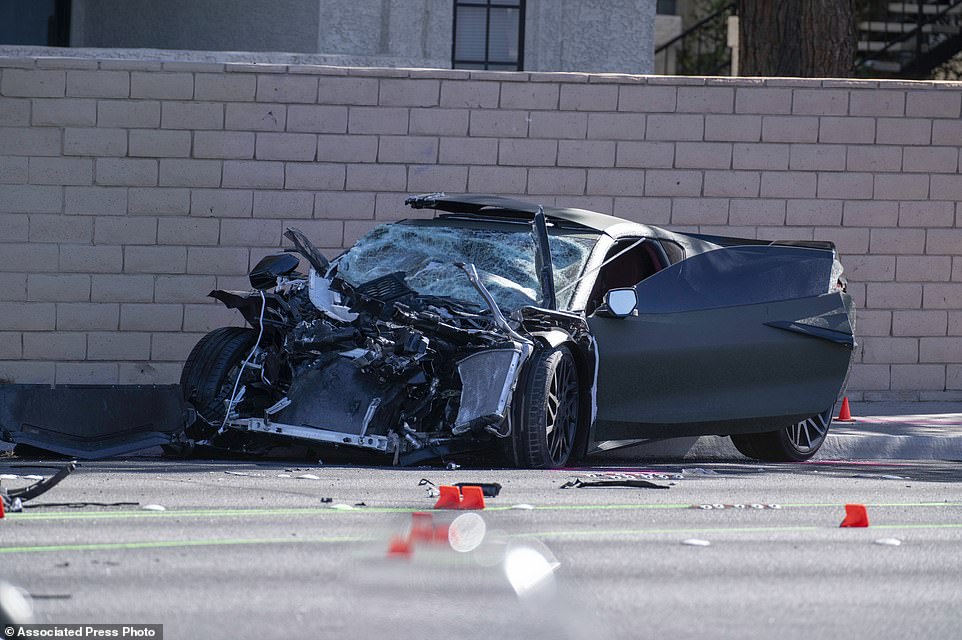 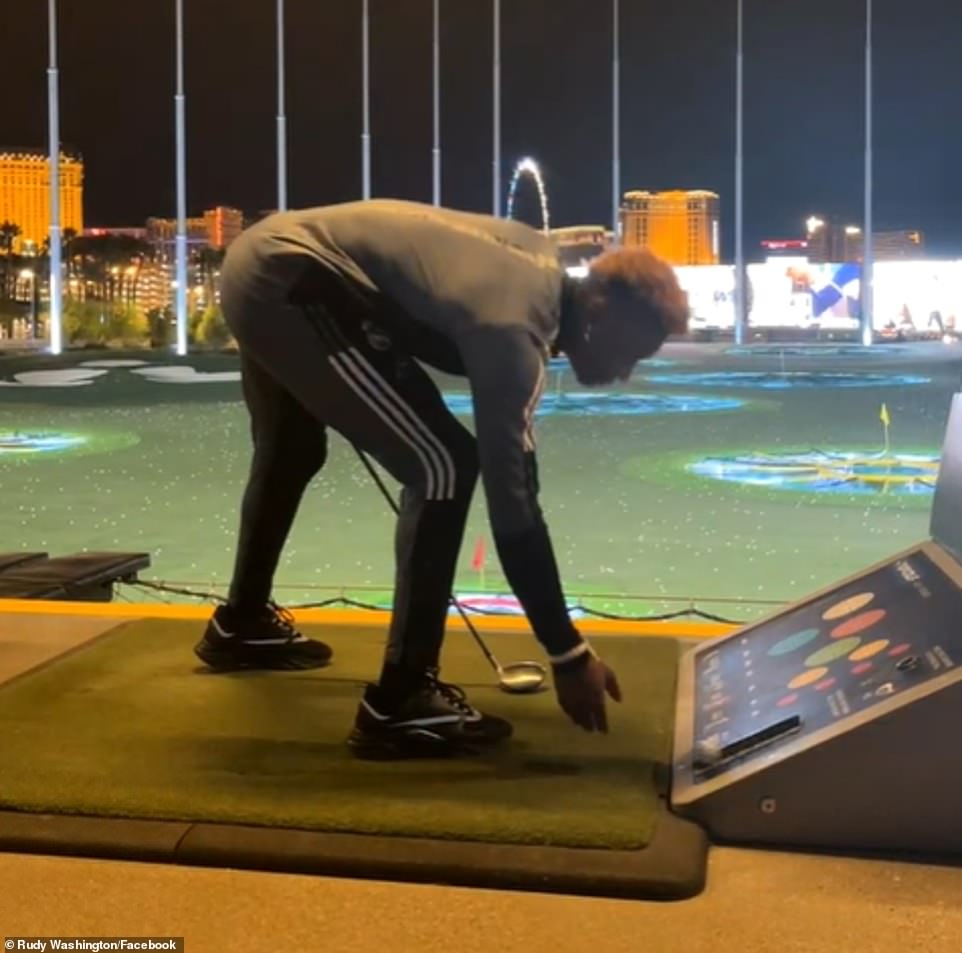 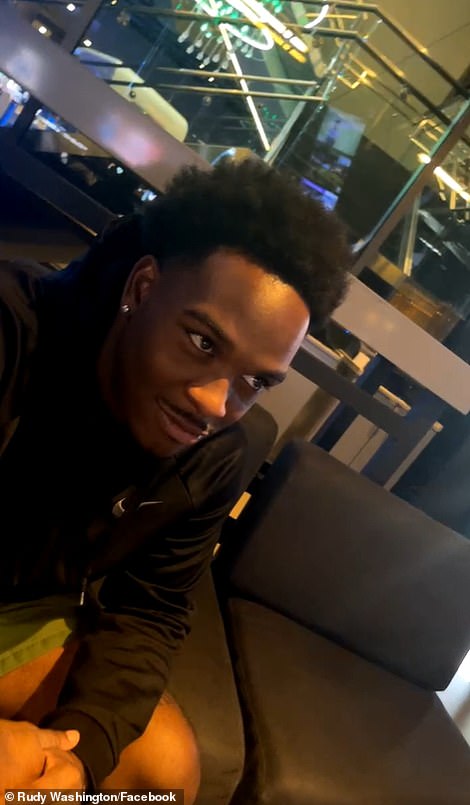 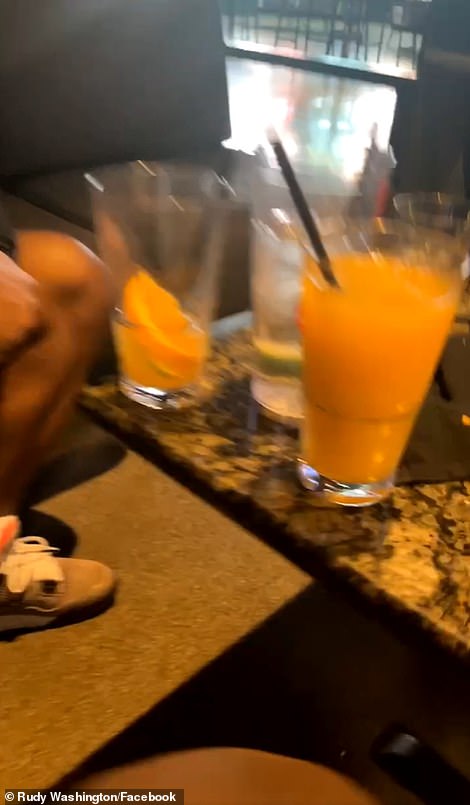 Washington is seated at a table with another man (left). The video shows several empty glasses that had presumably contained alcoholic beverages (right) 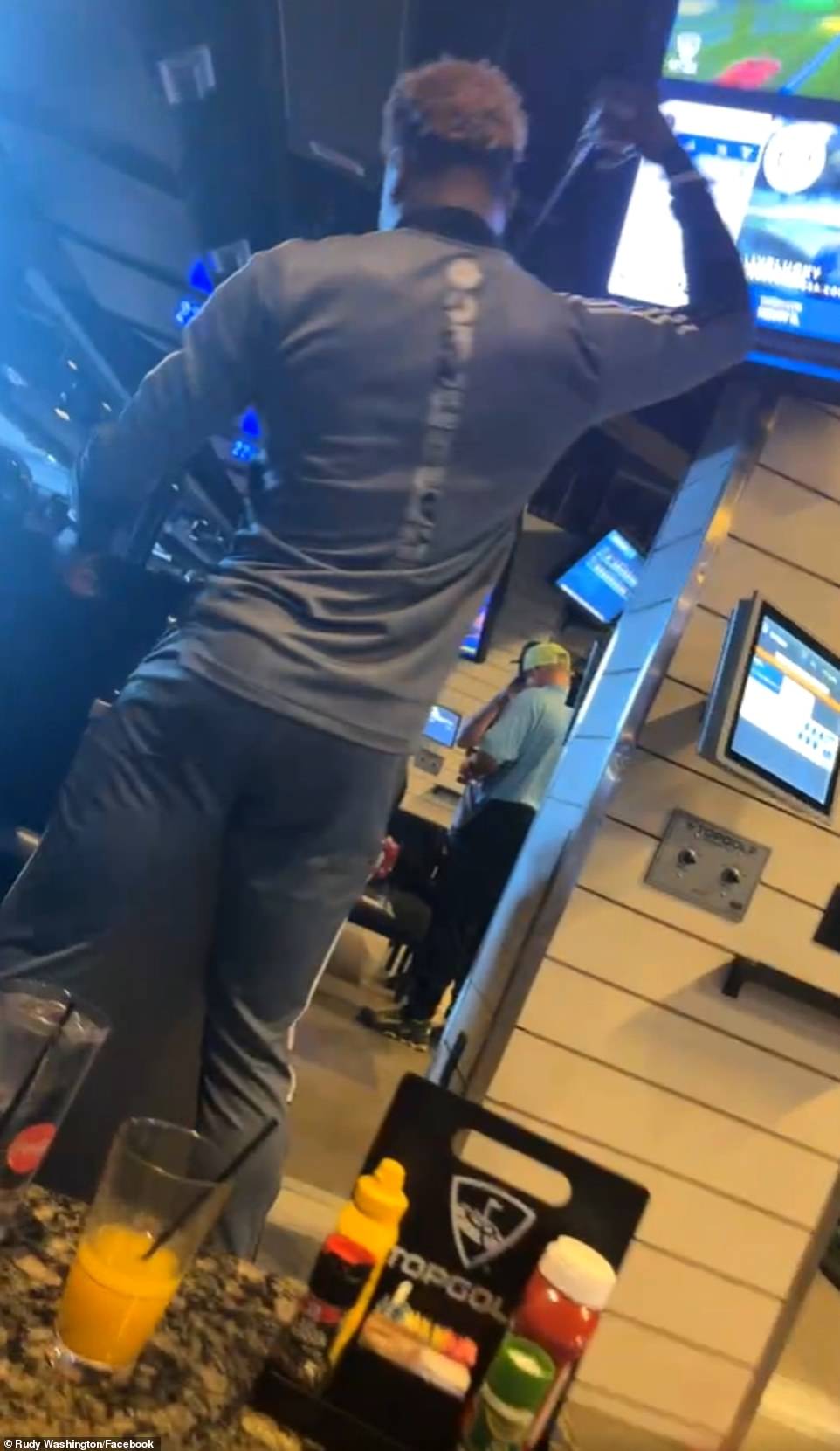 Ruggs’ mugshot was released Wednesday, showing the now-former Las Vegas Raiders receiver with a neck brace and a cut across his nose. He arrived at Wednesday’s hearing in a wheelchair.

The team dropped Ruggs, 22, just hours before his first court appearance on felony charges of reckless driving and driving under the influence of alcohol resulting in death. If convicted, he could face anywhere between two to 46 years in prison, according to Clark County District Attorney Steve Wolfson.

Ruggs could also face additional charges for a handgun that police allegedly found on the driver’s side of his Corvette.

Appearing with his attorneys, David Chesnoff and Richard Schonfeld, Ruggs was not asked to enter a plea to the charges, pending the formal filing by Wolfson. His bail was set at $150,000, and he will be confined to his home following his release.

Prosecutor Eric Bauman said at Wednesday’s hearing that Ruggs was driving his Corvette at 156mph before colliding with Tintor’s Toyota RAV4 at 127mph at 3:40am on Tuesday in Las Vegas. The Toyota burst into flames, killing Tintor and her dog.

Corvettes can reach speeds of 190mph or more, depending on the model.

Ruggs signed a four-year, $16 million deal with the Raiders after being taken with the 12th-overall pick of last April’s NFL Draft. The contract included a $9.6 million signing bonus, but it’s unclear how much pay he will be keeping after being cut by the team on Wednesday. 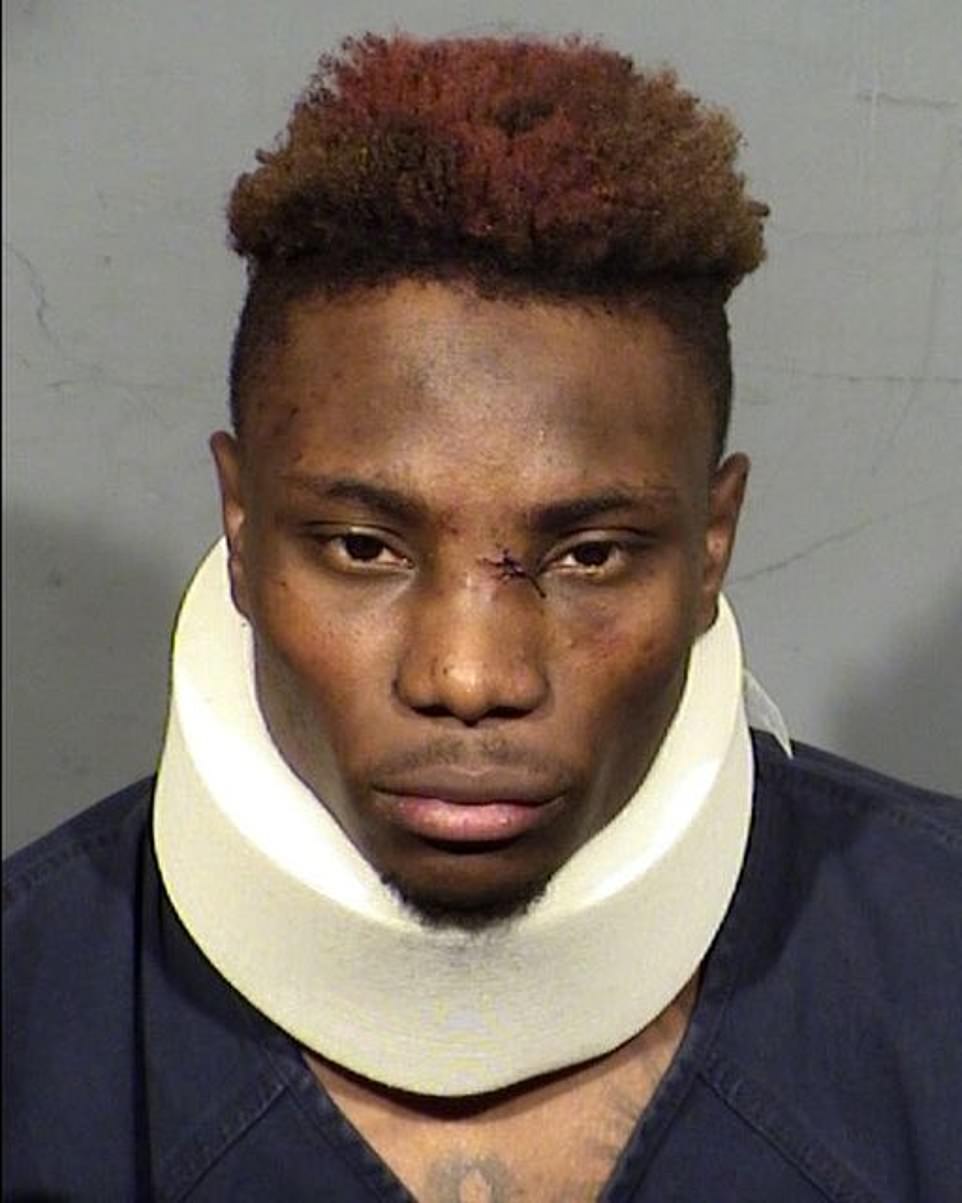 Henry Ruggs III’s blood-alcohol level was twice Nevada ‘s legal limit and he was traveling at 156mph in the moments leading up to the car crash that left another driver dead and injured his passenger, according to police. Ruggs’s mugshot was released Wednesday, showing the now-former Las Vegas Raiders receiver with a neck brace and a cut across his nose 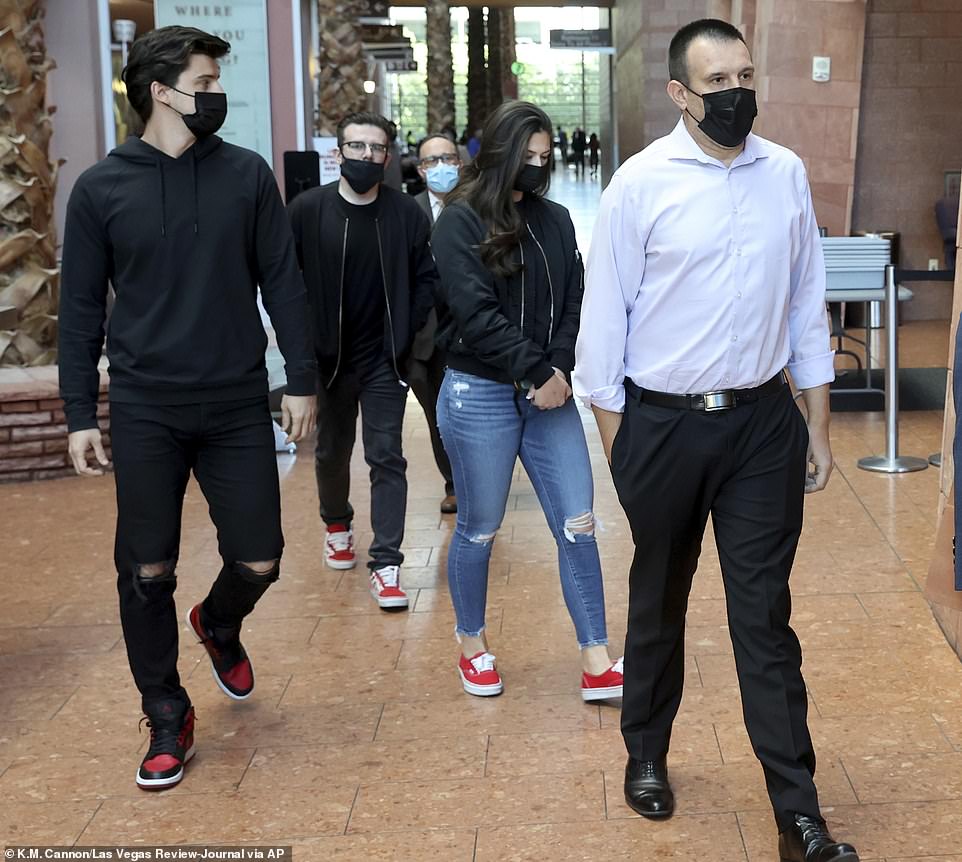 The family of victim Tina O. Tintor walks out of the Regional Justice Center in Las Vegas 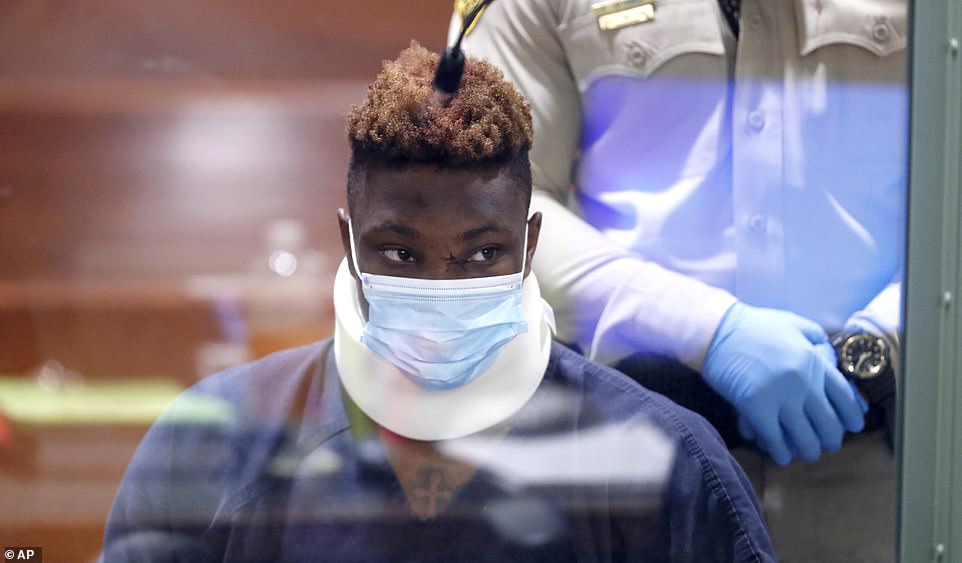 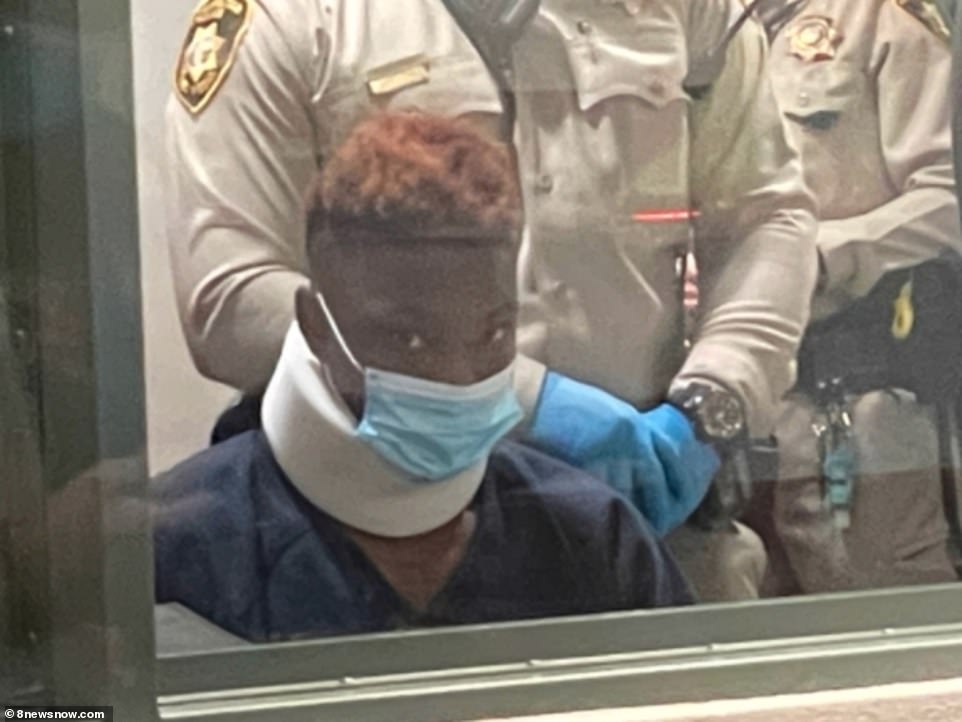 Probation is not an option in Nevada for a conviction on a charge of DUI causing death, which carries a possible sentence of two to 20 years in state prison. The possible sentence for reckless driving is one to six years in prison, with probation available 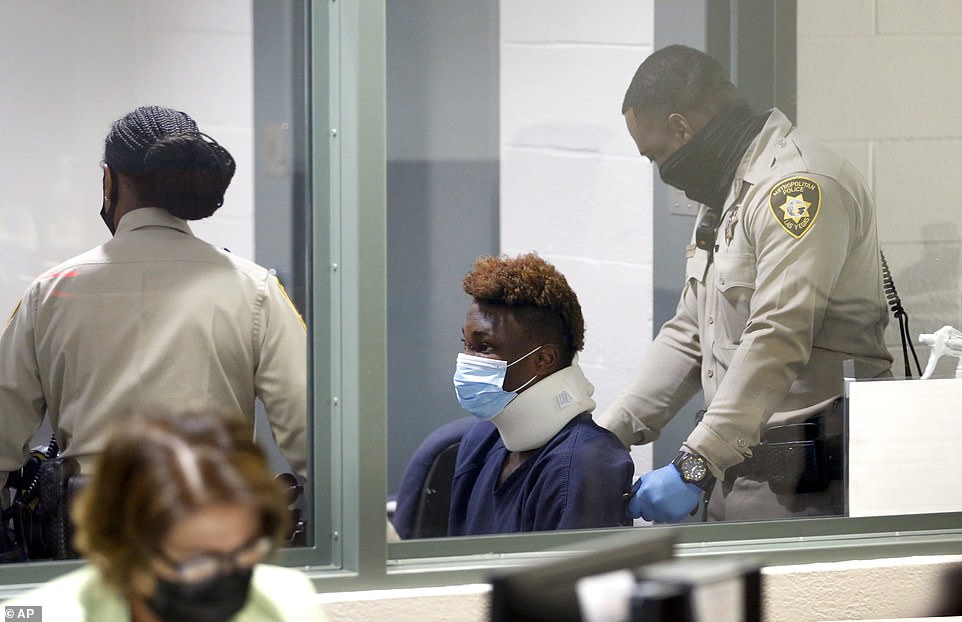 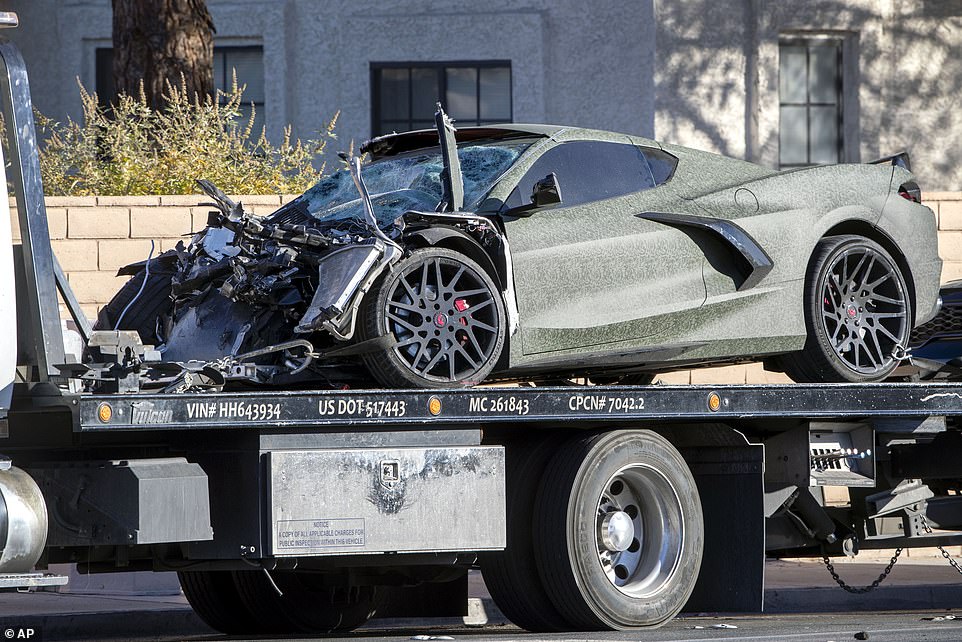 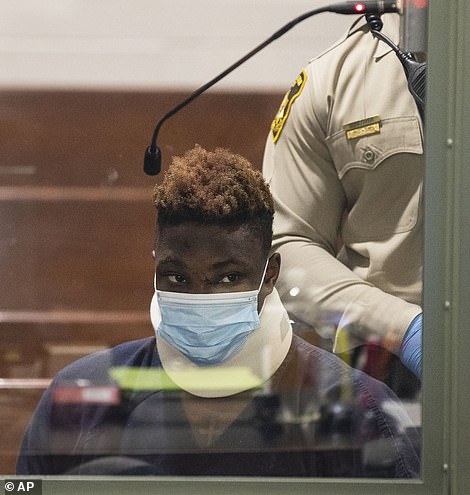 Ruggs was held on $150,000 bail, and will be confined to his home after he’s released

Judge Joe M. Bonaventure said he could not recall a speed as high as 156mph involved in a crash case since he became a judge.

Nevertheless, the judge rejected Bauman’s request for $1 million bail and set bail, at Chesnoff’s request, at $150,000 with strict conditions, including home confinement, electronic monitoring, no alcohol, no driving and surrender of Ruggs’ passport.

The former University of Alabama star appeared to be impaired and refused a field sobriety test before being transferred to the hospital, according to police.

Injuries to Ruggs and his passenger, girlfriend Rudy Washington, have not been specified publicly, but he was wearing his neck brace to Wednesday’s hearing, where he appeared in a wheelchair.

Ruggs owns a $1.1 million home not far from where the crash occurred, according to property records.

Probation is not an option in Nevada for a conviction on a charge of DUI causing death, which carries a possible sentence of two to 20 years in state prison. The possible sentence for reckless driving is one to six years in prison, with probation available.

Ruggs’ attorneys, David Chesnoff and Richard Schonfeld, said they are investigating the crash on behalf of their client ‘and ask everyone to reserve judgment until all the facts are gathered.’

Chesnoff declined additional comment after Ruggs was released from University Medical Center and booked into the Clark County Detention Center. 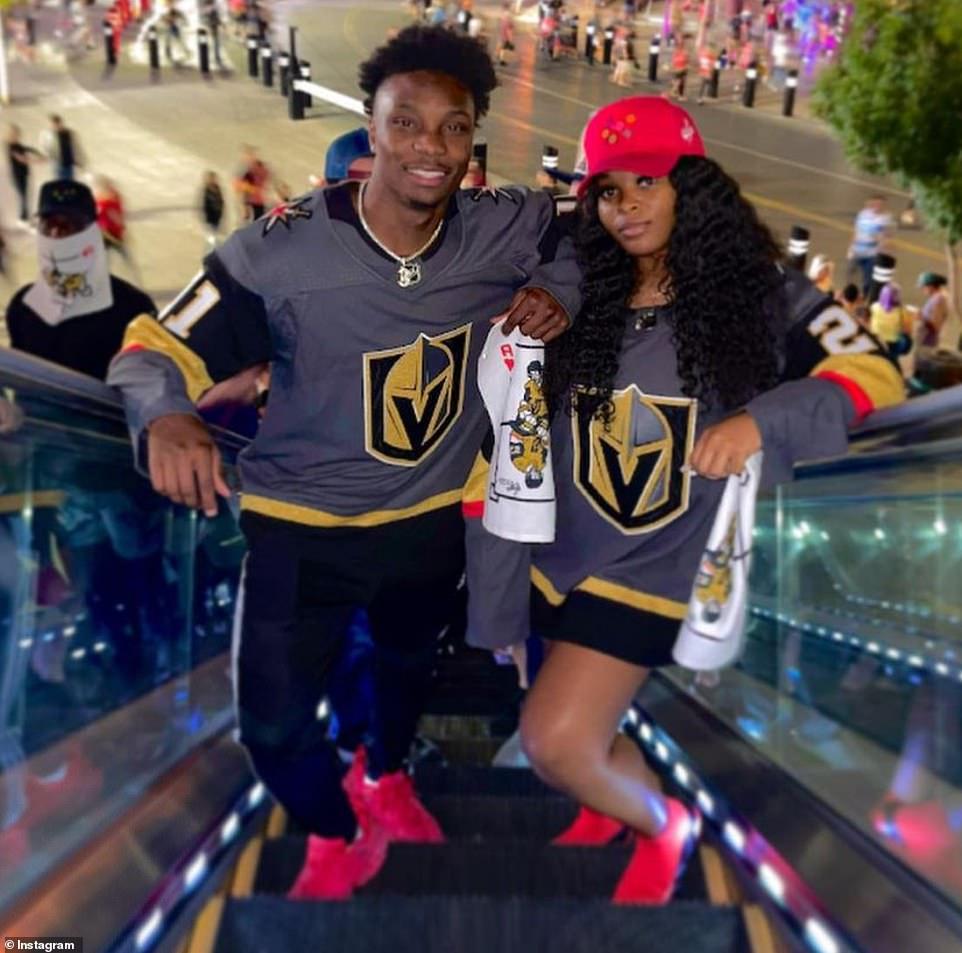 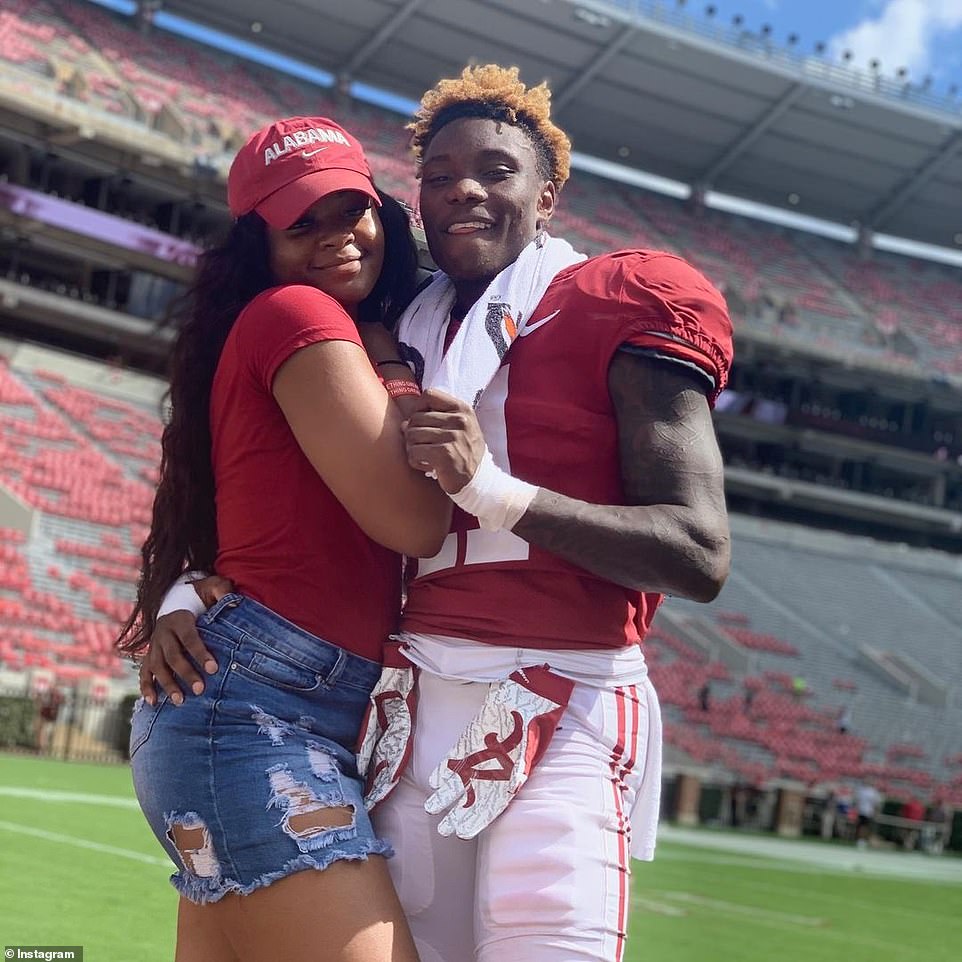 Ruggs pictured with Washington when he attended the University of Alabama

The Raiders didn’t wait for the courts to act, sending out a brief statement Tuesday night announcing Ruggs’ release. The Raiders had issued a statement earlier in the day saying the team was aware of the crash, ‘devastated by the loss of life,’ and ‘in the process of gathering information.’

NFL spokesman Brian McCarthy issued a statement saying, ‘Our hearts go out to the family and friends of the victim of this horrific tragedy. We will continue to gather facts and monitor the matter under our policies, but our thoughts at this time are with those impacted by this devastating incident.’

Ruggs was supposed to be a cornerstone for the Raiders. He was picked 12th overall in the 2020 draft after a productive three-year career at Alabama, including helping the Crimson Tide win the NCAA championship as a freshman in 2017. 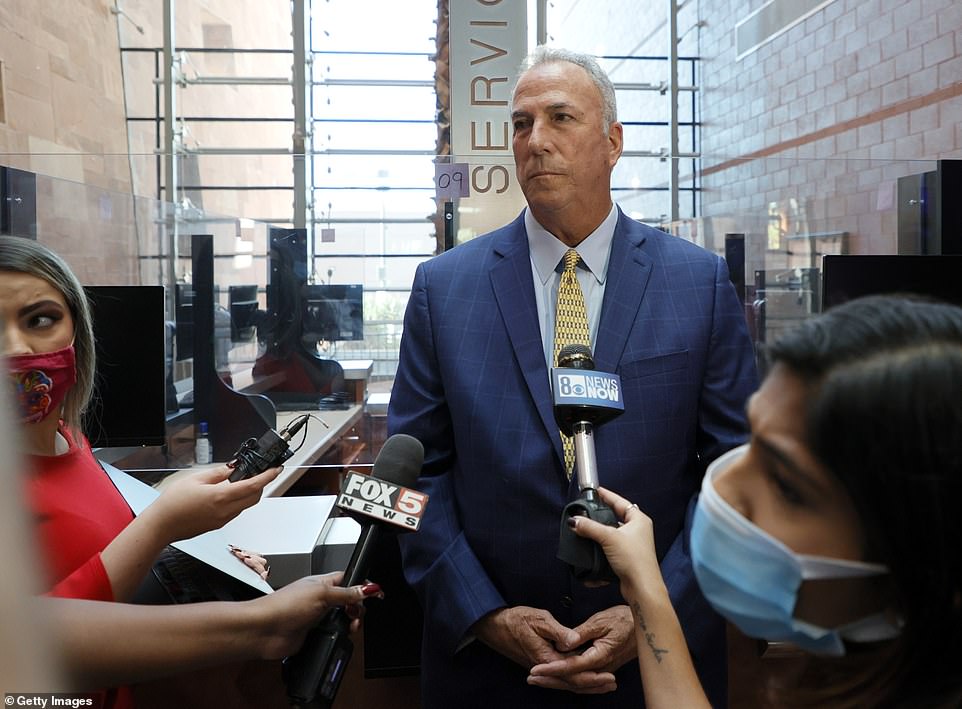 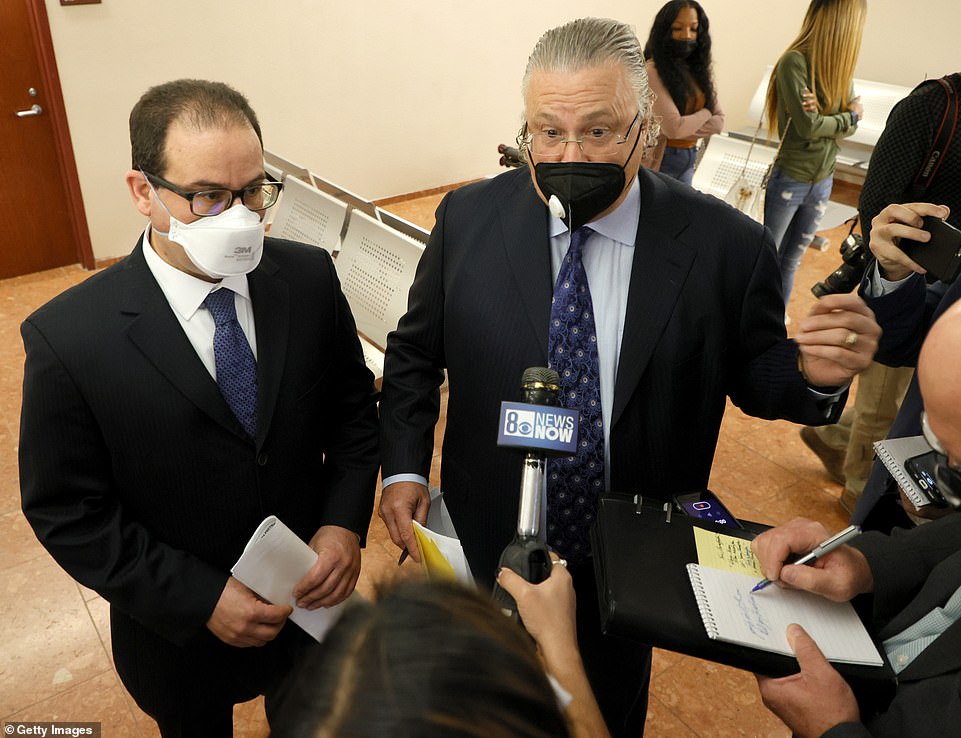 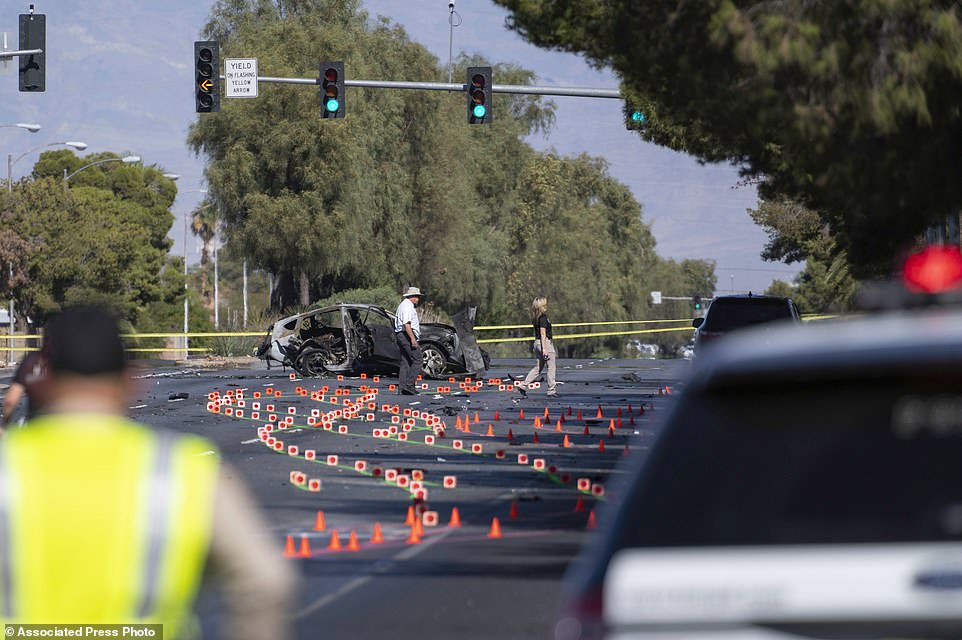 Ruggs was one of the fastest receivers in the game and was following a long line of speedster wideouts on the Raiders following players like Art Powell, Warren Wells and Cliff Branch.

The crash occurred three weeks after Jon Gruden abruptly resigned as Raiders coach over emails he sent before being hired by the team in 2018. Gruden stepped down after The New York Times reported that the emails had racist, homophobic and misogynistic comments.

The AFC West-leading Raiders (5-2) have won two in a row under interim coach Rich Bisaccia and now return to the field this week without their leading receiver in yardage. They’ll visit the New York Giants (2-6) on Sunday.

Ashley Chesters, stranded in South Africa, is fighting to get home in time for his wedding